WPUK is a women’s group in the UK that has been under attack by transactivists for a long, long time. Do you all remember the bomb threat over Twitter when they attempted to meet?

This time, it was none other than the Council itself that, on short notice, cancelled their event, with a letter

What’s incredibly ironic about this is Leeds Council, during their censorship of WPUK,  were advertising a campaign about the suffragettes at the Leeds Library. It seems only women that are long dead and can’t speak any more are acceptable to Leeds Council. If you’re a living, breathing woman in Leeds, well, go home. Leeds likes women who are silent as the grave.

The transactivists on Twitter rejoiced at this latest fascist attack on a women’s group, and specifically, this tranny dude

This particular tranny has a gofundme where he needs lots of money for new clothes.

This is your typical autogynephilic tranny who is experiencing narcissistic rage at knowing he’s not, and never will be, a woman. He’s exercising his male privilege to dominate and subjugate women, particularly women who know he’s a man.

All it takes these days is one tranny fascist male or ally to get his narc rage on and entire groups of women pay the price.

Apparently, the meeting will go ahead at another venue but one wonders whether any sort of legal action can take place against this blatant violation of free expression and the Equality Act of 2010.

WPUK had the meeting at another location and here’s a nice picture of them. 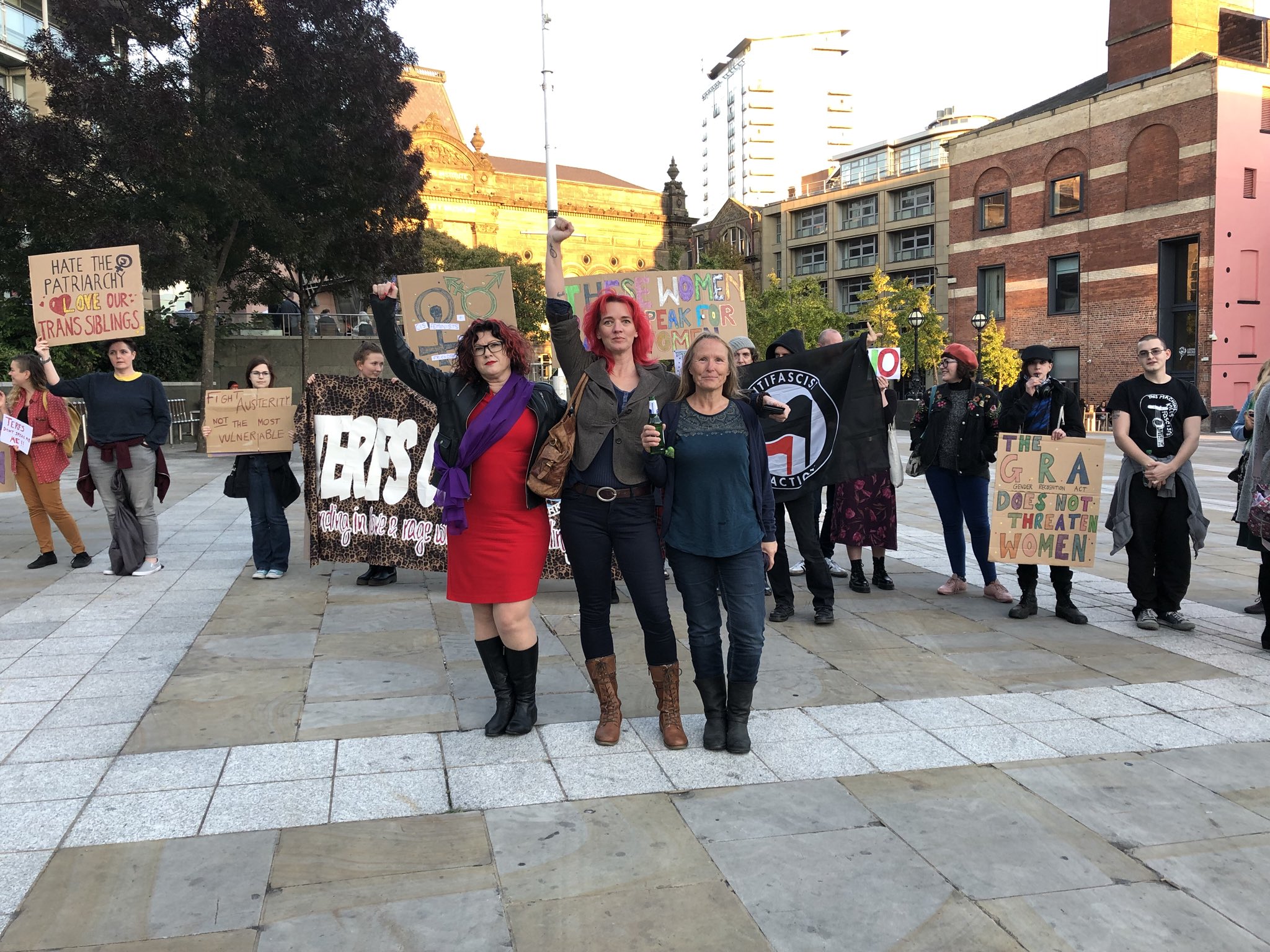 One thought on “WPUK Meeting Cancelled by Leeds Council”