In my last post ‘Gender Whisperers’ I talked about transgender ideology permeating organizations, institutions and schools. One such organization, Girl Guides UK, has been infiltrated and, dare I say, infected with the silly notion that humans can change their sex. This unscientific notion has resulted in serious consequences for girls and women and nowhere is this more clear than Girl Guides.

Girl Guides, you would rightly assume, is for girls.

If you are in gender critical and/or radical feminist circles, you’ve probably heard that 2 women volunteers were removed for criticizing GG’s new and ‘inclusive’ transgender policy that allows boys to join and share personal intimate spaces with girls. The Girl Guides also state that they do not have to tell parents whether a biological male will be sharing personal and intimate spaces with their daughters.

Helen Watts was one of the women ‘removed.’

Girl Guides don’t recognize sex as a protected characteristic as they are required by the Equality Act of 2010. On Twitter, Dr Em Pankhurst published the response by the Guides on the ‘removal’ of these volunteers 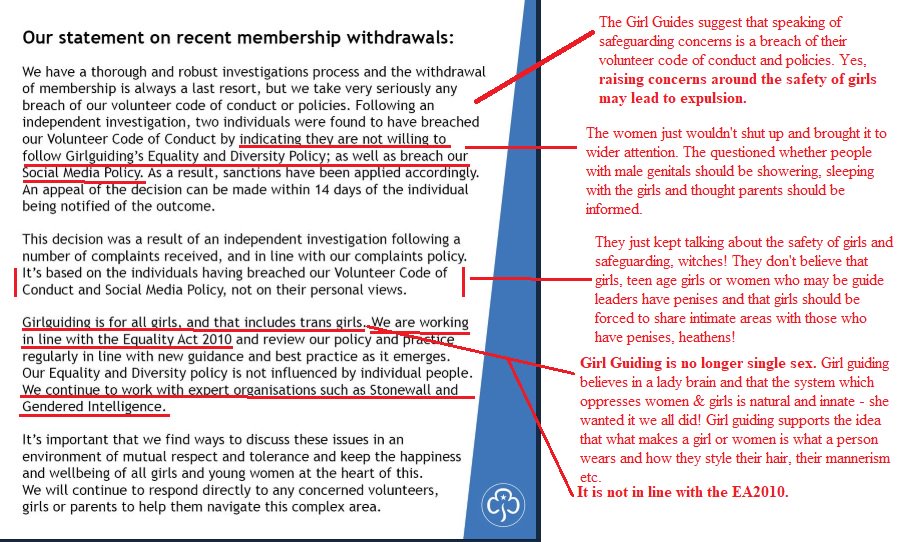 Dr Em also published GG’s response to concerned parents which shows that GG does not protect by sex and has no intention of doing so. 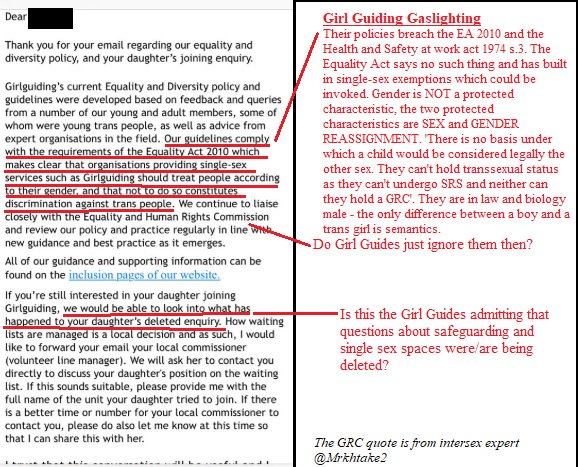 Girl Guides then released another ‘clarifying’ statement on Twitter regarding the EA: 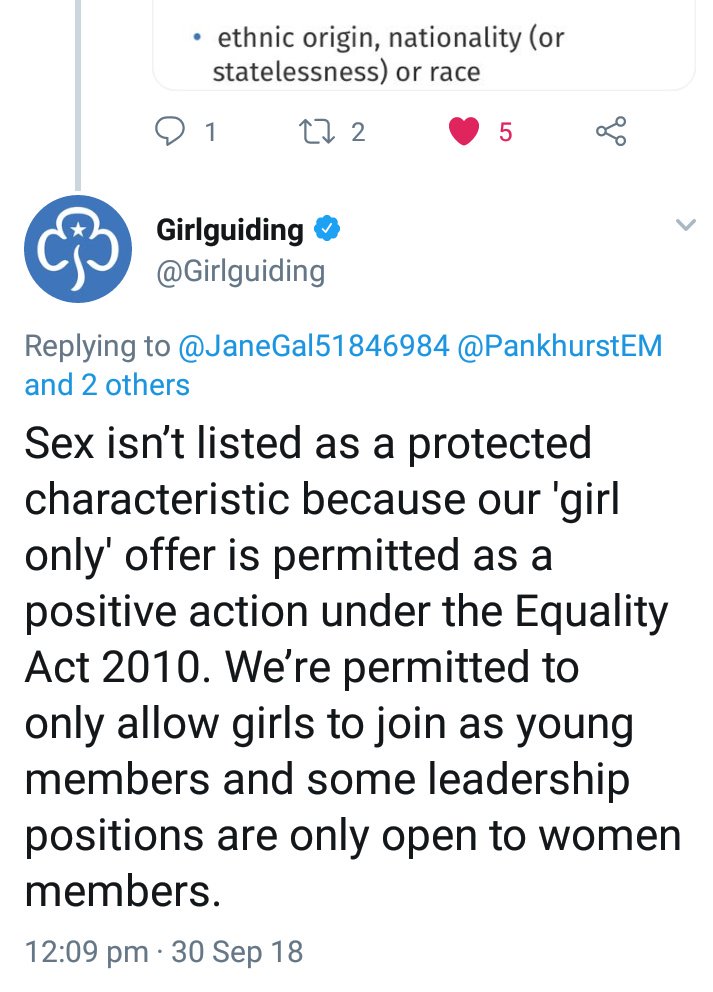 That makes no sense whatsoever, and many people on Twitter pointed this out.

What’s sinister is finding out who the potential gender whisperers are behind this change in GG.

Dr Em seems to have found one of the men responsible:

John ‘Jane’ Fae Ozimek is a grown man who thinks he’s a woman. He’s been celebrated in UK media and is frequently asked for interviews to teach transgenderism to the public.

Here’s a piece written by Jane Fae about how to protect yourself from prosecution if you like watching obscene pornography.

Girl Guides were asked whether John ‘Jane Fae’ Ozimek was advising them. They neither confirmed or denied it.

What is apparent to me is that there is a small group of male gender whisperers that have a large financial backing and influence to completely remove women’s and girl’s safety and privacy protections. They are doing this under the guise of ‘transgender equality.’

In fact, Guides admits (see above image) that a transgender lobby group Gendered Intelligence informed them on their new transgender policies. In fact, one of GI’s primary duties is ‘training’ organizations and institutions on transgenderism.

Let’s look at the sexual health booklet put out by GI. Notice that GI was funded by the British National Lottery.

This book shows this image:

This picture clearly outlines that gender is purely psychological and subjective. It’s also attempting to push the false idea that there’s such a thing as a male or female brain. Neuroscientists, in all the years they’ve been looking for brain sex, have not found it.

Then there’s this image, which I took directly from Dr. Em’s Twitter posts. 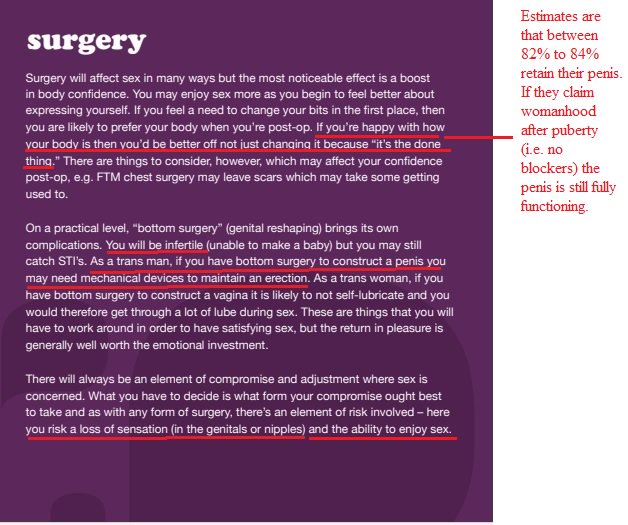 Dr. Em points out that GI is bordering on truth-telling in the sense that surgeries and hormone blockers are permanent/irreversible changes that don’t function properly and have serious side-effects, including permanent sterilization. For example, research from this summer which looked at the medical records of appx 5,000 men on estrogen showed that males who take estrogen have a high risk of cardiovascular problems. Study is here.

They also admit that males, who they allow in close intimate quarters with young girls, keep their penis.

FairPlay for Women wrote an open letter to Girl Guides that was published in the Sunday Times. Here are some of the women that signed it, explaining why they signed.

It seems to me this is a very concerted effort by a small group of men to completely eliminate all safeguarding of women and girls under the guise of equality. Men are taking feminist principles and perverting them to get their way.

If anyone has any further information about this specific topic, please leave a comment. I’m very interested in who else advised the Guides.